Drug InfoNet - Newsfeed - [general] - Drug InfoNet is your one-stop WWW site for all your healthcare informational needs. We provide both information and links to areas on the web concerning healthcare and pharmaceutical-related topics. This free service is brought to you to improve your education as consumers and healthcare professionals. 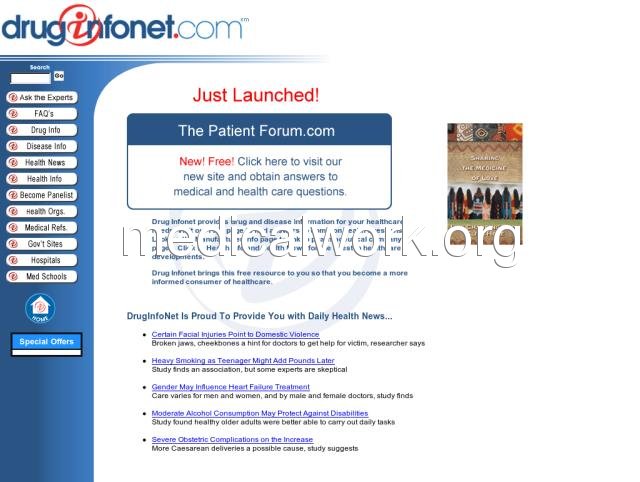