Funded by MRC’s MassMATCH program, REquipment provides free, recycled medical equipment in Massachusetts - MassMATCH is the Commonwealth's initiative to Maximize Assistive Technology (AT) in Consumer's Hands. Through partnerships with community-based organizations, MassMATCH is currently creating new AT programs and working to coordinate AT services throughout the Commonwealth. MassMATCH is one of 56 state-level AT initiatives in the United States. Our mission is to promote the use of assistive technology and assistive technology services to enhance the independence of people with disabilities, enabling equal participation in all of life's activities. 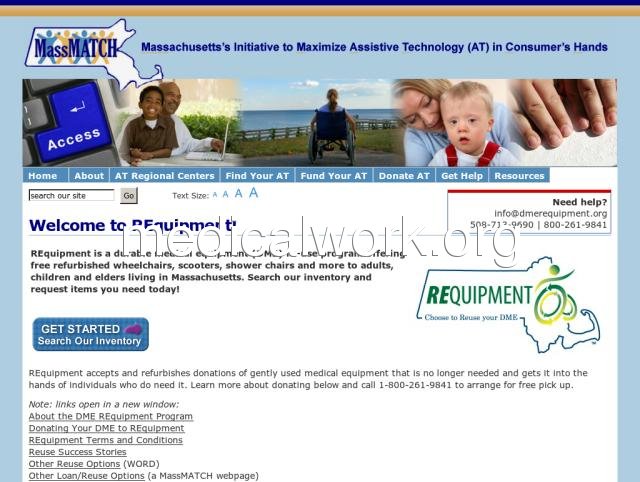